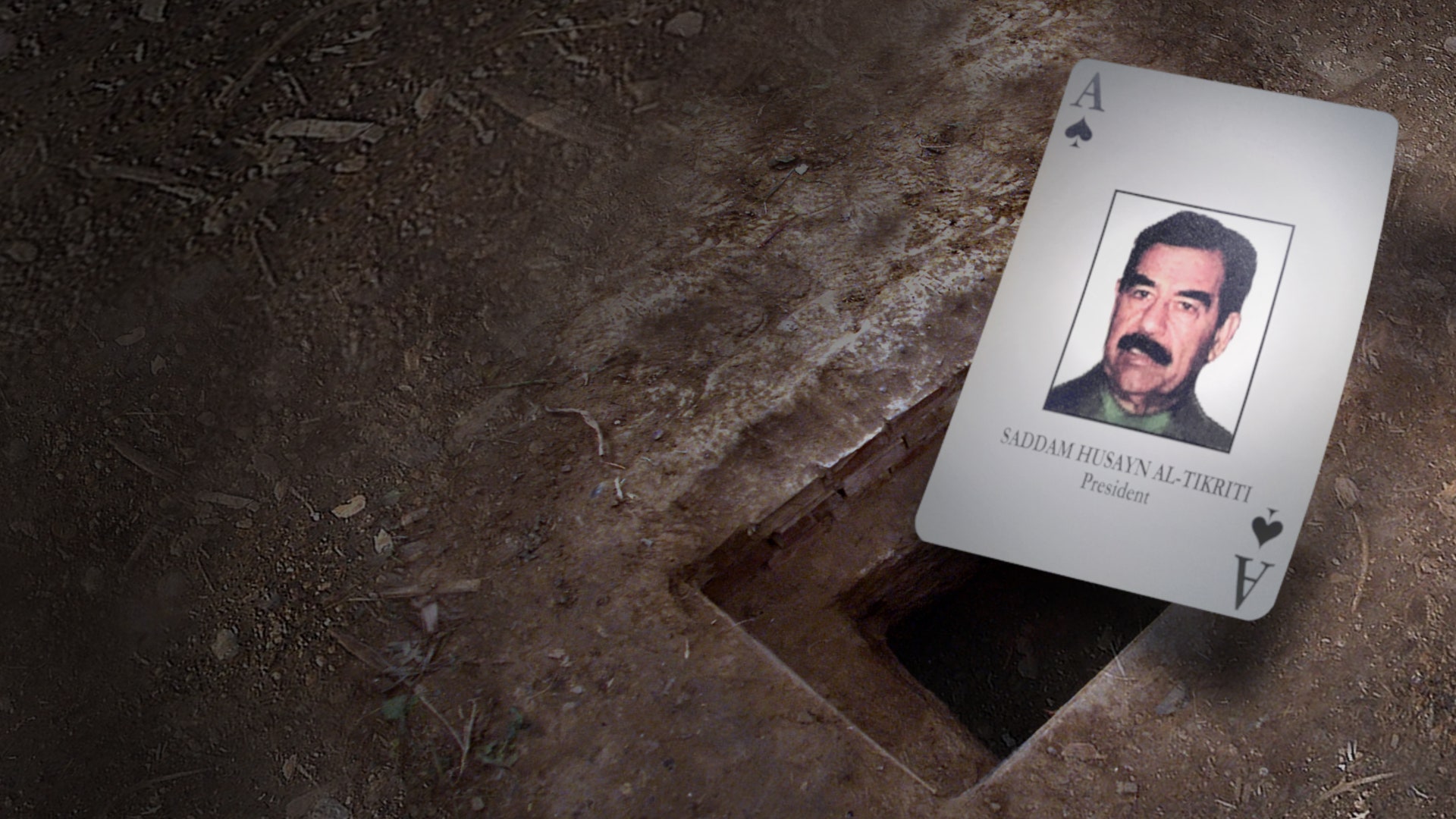 Watch all episodes now on Fox Nation
'Ace of Spades: The Hunt for Saddam Hussein' is the story of dedicated American soldiers who employed innovative strategies and unorthodox tactics to hunt down the former Iraqi dictator. On March 20, 2003, the United States led an invasion force into Iraq to topple Hussein's government, which had ruled the country with brutal force for over 20 years. Then, on December 13, 2003, after spending nine months on the run, Hussein was dragged from a spider hole nine miles outside his hometown of Tikrit by U.S. Special Forces and the 1st Brigade Combat Team of the U.S. Army's 4th Infantry. The successful completion of Operation Red Dawn is a powerful American success story. Those soldiers accomplishments must not be forgotten.