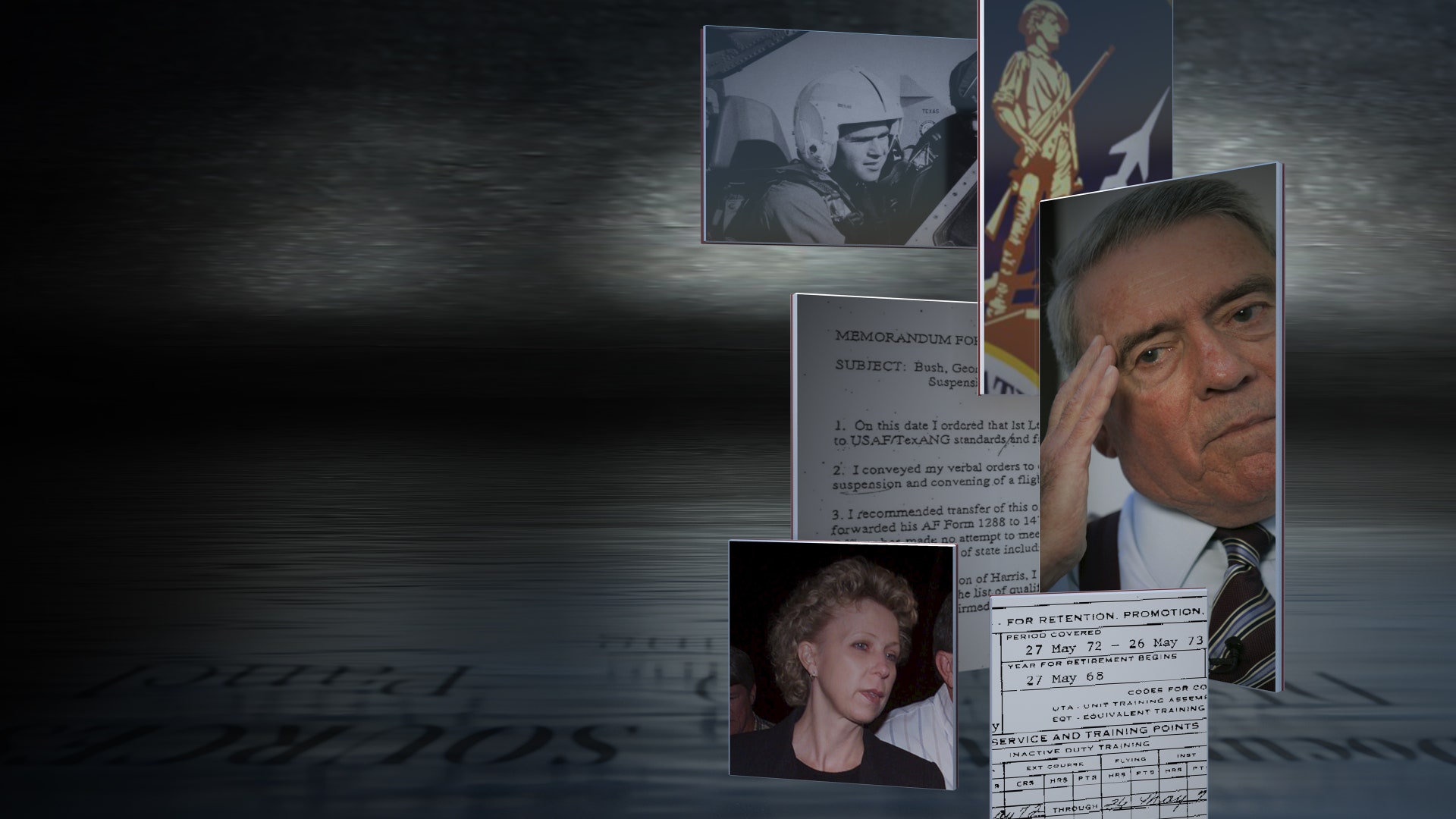 Watch all episodes now on Fox Nation
What started nearly 50 years ago in the fields of Texas and the jungles of Vietnam would lead to the downfall of one of America's most powerful news anchors. Set against the backdrop of the 2004 presidential election, 'Black Eye: Dan Rather and the Birth of Fake News' covers the controversial decision by CBS News and anchor Dan Rather to run a story involving unauthenticated memos claiming then-President George W. Bush had received favorable treatment during his time in the Texas Air National Guard. The report immediately received swift criticism, as bloggers and the mainstream media began to question the format and source of the documents. CBS and Rather would initially stand by the broadcast, but nearly two weeks later, after continuous backlash, the network could no longer vouch for its reporting. With interviews from those closest to the story, prominent journalists and media pundits, as well as Bush White House officials, 'Black Eye' is a detailed telling of the events as they happened.