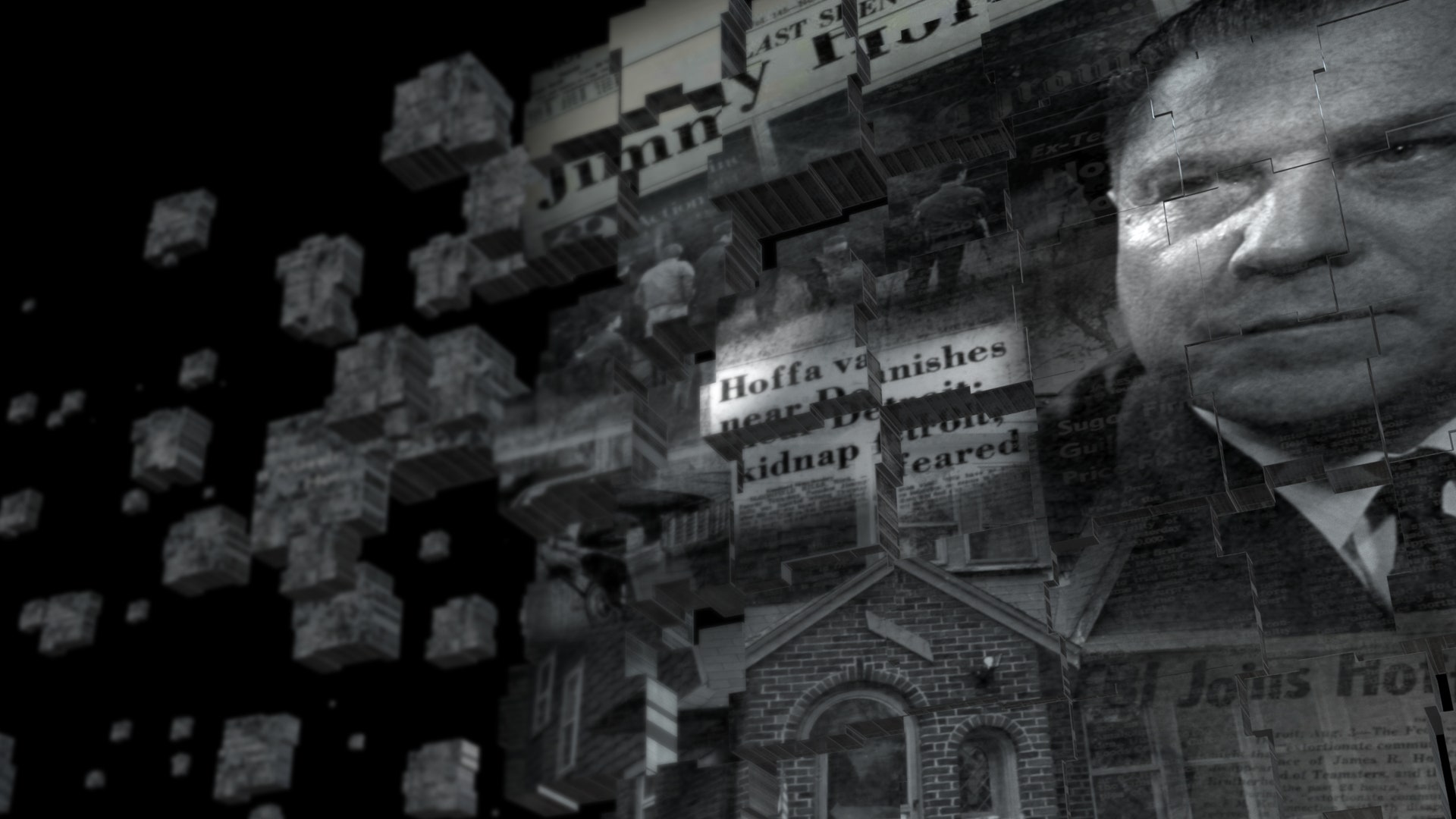 Watch all episodes now on Fox Nation
In 1975, James Riddle Hoffa–the legendary head of the Teamsters Union–disappeared off the face of the earth. For more than four decades, countless tips, rumors and theories about his whereabouts have all lead to dead ends. But could the answer finally be found inside a small house on a quiet, tree-lined street in the Detroit suburbs? 'Riddle' follows journalist Eric Shawn's quest to track down clues and tie up loose ends on a story he has been working on for over 15 years: the deathbed confession of mobster Frank 'The Irishman' Sheeran. Before his death, 'The Irishman' confessed to Eric Shawn that he was the one who murdered Hoffa and pointed out the Detroit house where he claims to have done it. Eric and his crew brought in a forensic team in 2004 and found blood evidence, which resulted in the local authorities digging up the floorboards to have blood residue tested. Using exclusive archival material, including unearthed Hoffa family home movies, 'Riddle' retraces his last steps and methodically investigates the claims of 'The Irishman,' to see if the riddle can be solved once and for all.