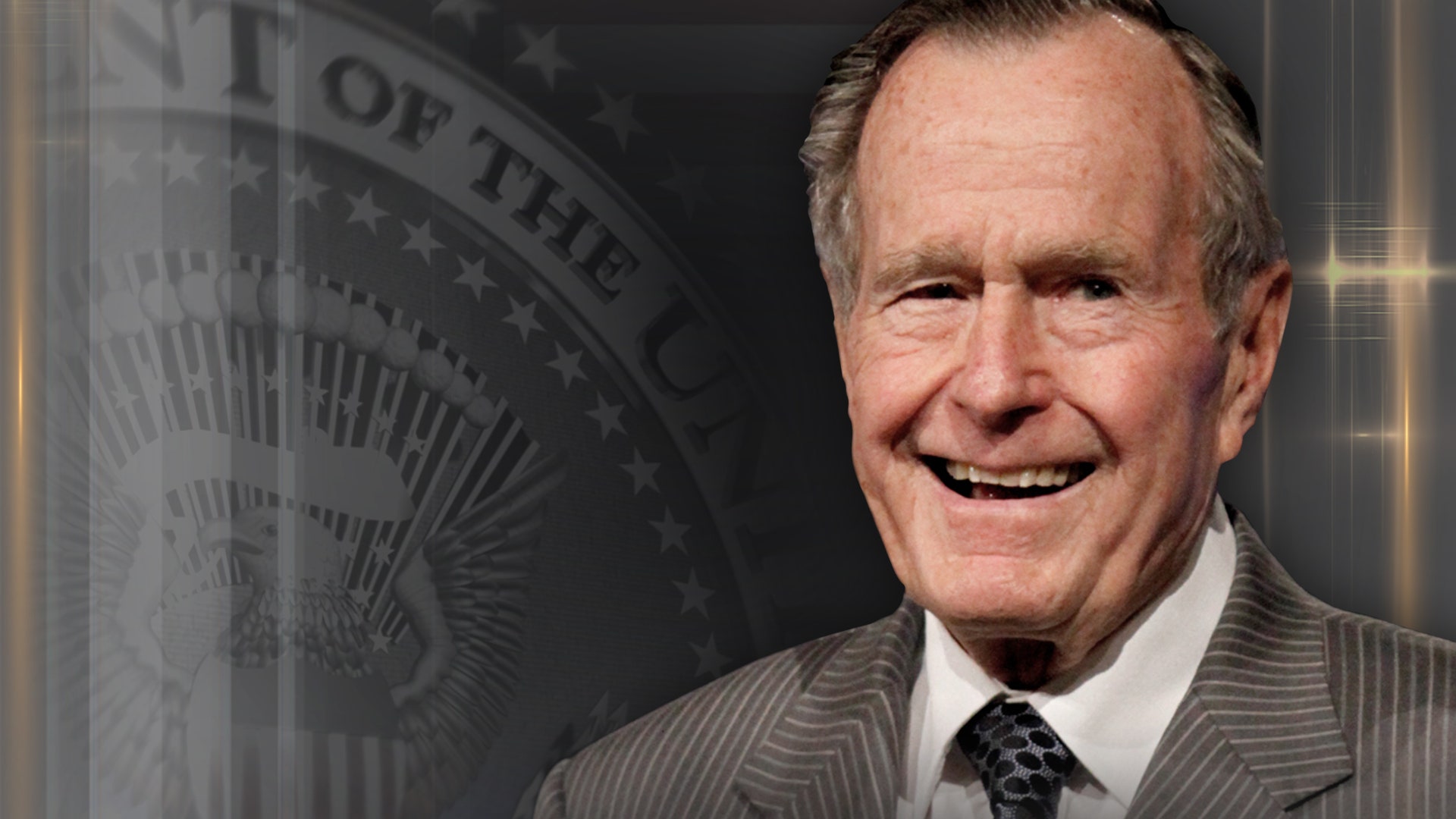 Watch all episodes now on Fox Nation
George H.W. Bush was a dedicated public servant throughout his extraordinary life and political career. The World War II hero served as a two-term congressman, ambassador to the UN, chairman of the Republican National Committee, US Envoy to China, CIA director, Vice President for eight years under Ronald Reagan, and finally, as our nation’s 41st president. As President, Bush gained the respect of his constituents and leaders across the globe with his successes overseeing the liberation of Eastern Europe after the dissolution of the Soviet Union and his achievements in the Persian Gulf War. He also gained praise for his leadership regarding domestic issues, especially for the historic passing of the Americans with Disabilities Act, which further proved his unwavering commitment to all people in our great nation. Join us as we remember one of the greatest leaders in American history through ten of the most memorable moments from his landmark presidency.