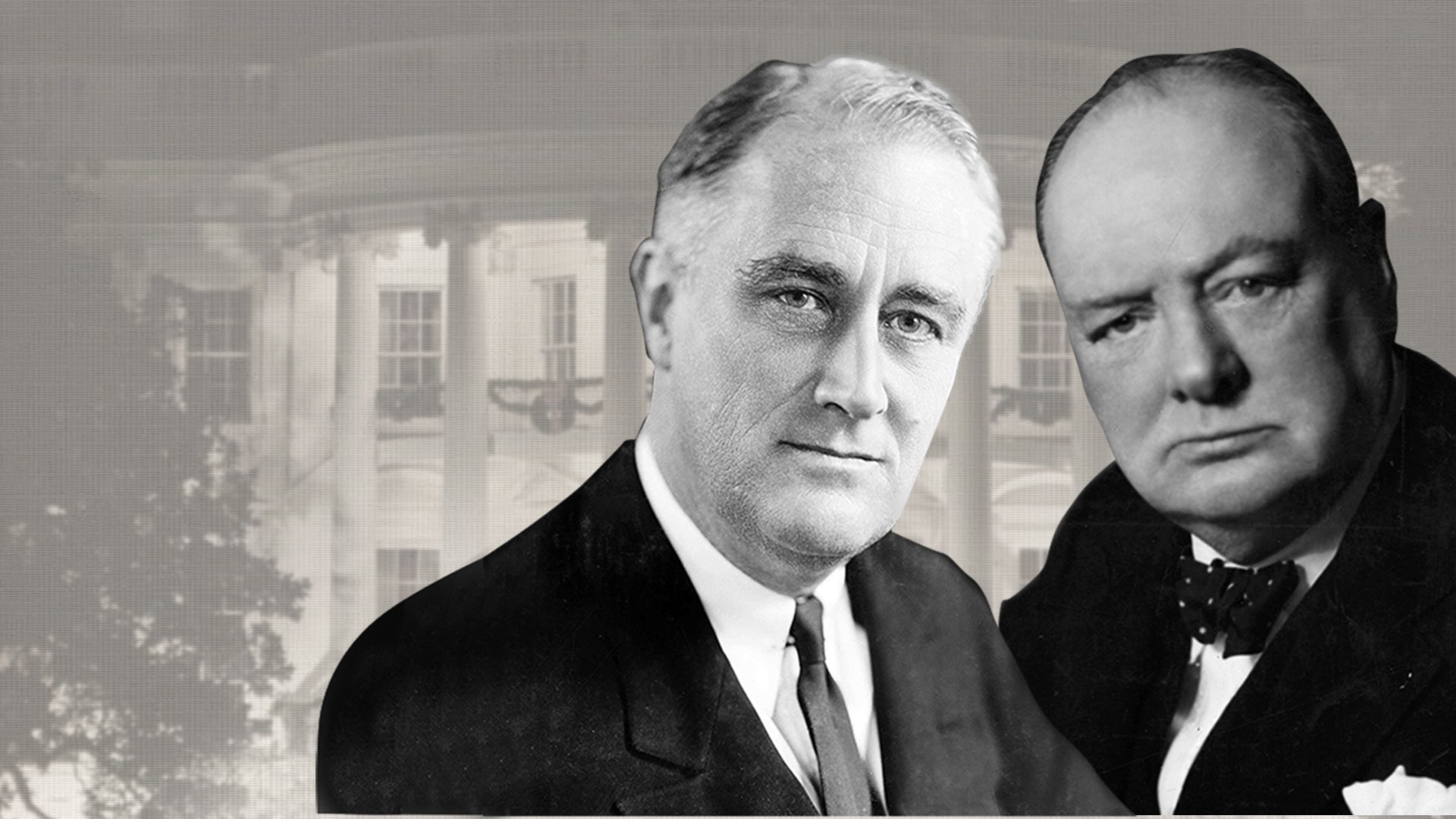 Watch all episodes now on Fox Nation
After Pearl Harbor was attacked on December 7, 1941, it was clear there was no time left to waste in the fight for peace. Immediately following the news, Winston Churchill journeyed across the Atlantic to spend Christmas at the White House with Franklin Roosevelt. The optimism, courage and camaraderie that Churchill and FDR demonstrated as the remaining leaders of the free world not only laid the foundation to win WWII, but allowed for a glimmer of holiday hope in the hearts of the American and British people.