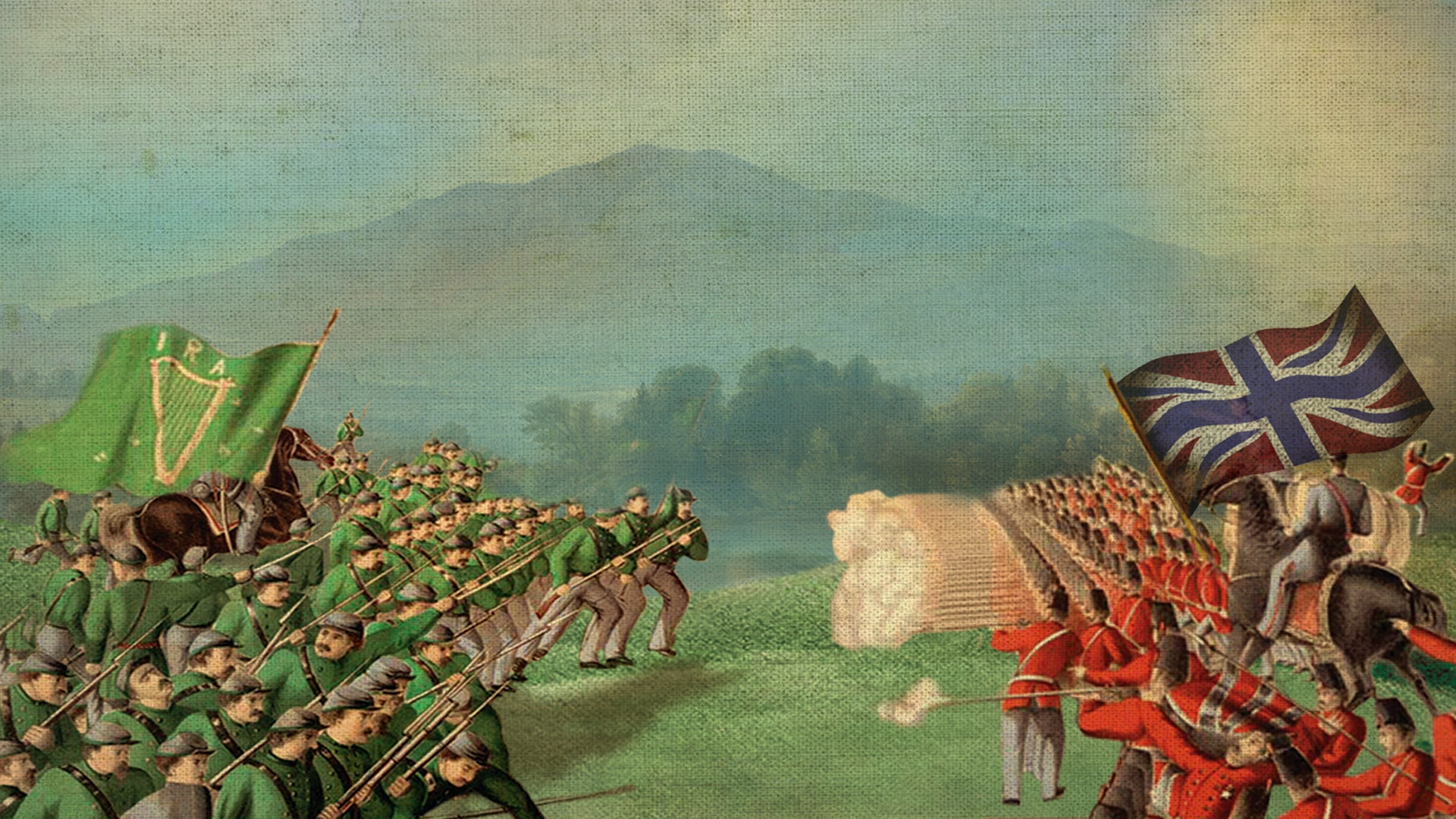 Watch all episodes now on Fox Nation
'The Irish Invade Canada' is the outlandish little-known story of a group of grizzled Irish-American Civil War veterans who tried to take all of Canada as hostage. The battle-hardened warriors hoped to free their homeland of Ireland—an unwilling British colony for more than seven centuries—by invading the British province of Canada in exchange for Ireland's independence. Author Christopher Klein tells the story of the small army that congregated on the south side of Buffalo, New York, on the night of May 31, 1866, sharing not just a craving for gunpowder, but a pure hatred for Great Britain.